I’m trying to make a cross-spectral registration (also called band-to-band registration or multi-modal registration) between bands of a Sentinel-2 image. The bands have been voluntarily slightly shifted, scaled or rotated and the goal is to re-align them using one or more reference bands. 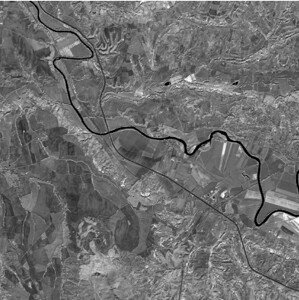 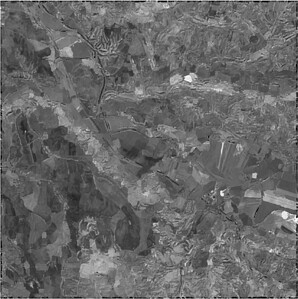 Here is the band 2 that has been used as a reference : 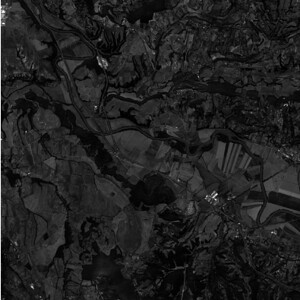 Do you know why these deformations appear during the execution of the fine registration ? I thought the objective of the FineRegistration was to compute and correct the misregistration between two images and I don’t understand why my image is modified in this way.

If FineRegistration is not suitable to my problem, is there any other method in OTB to solve it ?

Many thanks for your help

As far as I know, there are two ways to perform image registration in OTB:

Other metrics available in FineRegistration might be more adapted to your problem. I made some tests using mutual information instead of cross correlation on some S2 Data that I manually shifted and obtained correct results when performing the registration between B2 and the shifted B8 (I still noticed some registration artifacts). I used the following command:

The parameters should be tuned to fit your case. Other metrics could also be tried.

I hope that helps,
Cédric