I’m using OTB 6.6.1, and running all commands via Shell

I managed to complete the tutorial after finding very similar source data (Pleiades Primary Tristereo Bundle). some minor tweaks to commands were needed as things have changed here & there.

I now want to move to other stereo pairs to test on larger areas. my next pair will be from WorldView. I would appreciate someone helping me understand how to account for the fairly big difference in geo-location for the same point of reference between the images.

Taking below as an example the tutorial focuses on an extract of the same stadium, but accounts for a shift of 16 on x and 592 on y.

How do I calculate this geo-location variance on other data sets, so I can extract the appropriate sections from the pair? is there something hidden in the RPC files to indicate this, or does it even matter when grabbing larger area’s?

ok so I figured out that the process is not fussy about the disparity between selected coordinates on the source images, having tested by shifting the selection on one image and it still figures it all out and lines up points of reference. very clever. 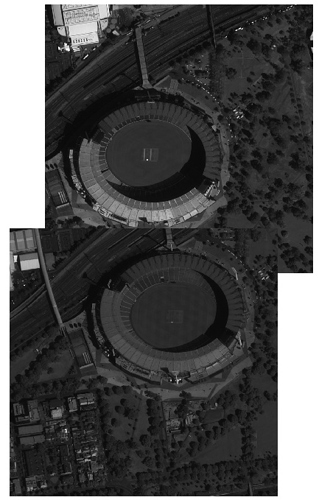 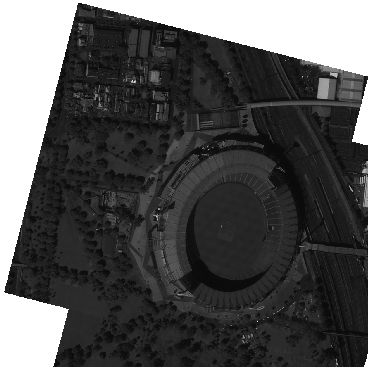 Still having issues getting a clean output that’s usable without massive noise on resulting elevation map, but that will have to be a seperate question. 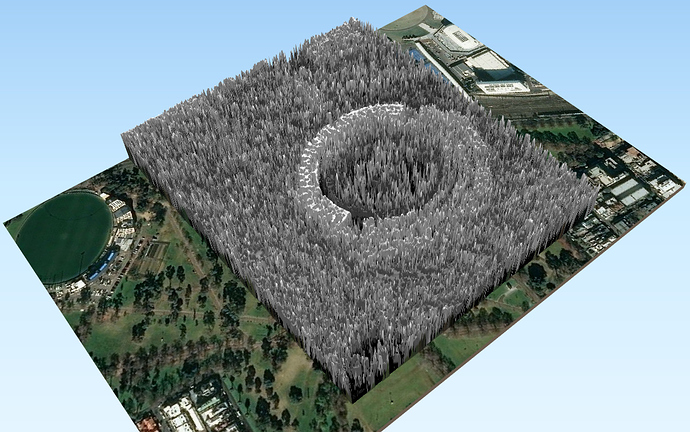